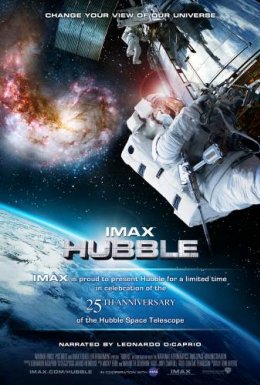 IMAX Corporation – Grades 3 and up

Narrated by Leonardo Dicaprio, Students will experience the gripping story -- full of hope, disappointment, ingenuity, bravery and triumph as they relive the amazing journey of the most important scientific instrument since Galileo's original telescope -- the Hubble Space Telescope. Your students will accompany space walking astronauts; experience the awesome power of the launch, the heartbreaking setbacks, and the dramatic rescues of this most powerful story. HUBBLE will also reveal the cosmos as never before, allowing students of all ages to explore the grandeur of the nebulae and galaxies, the birth and death of stars, and some of the greatest mysteries of our celestial surroundings.